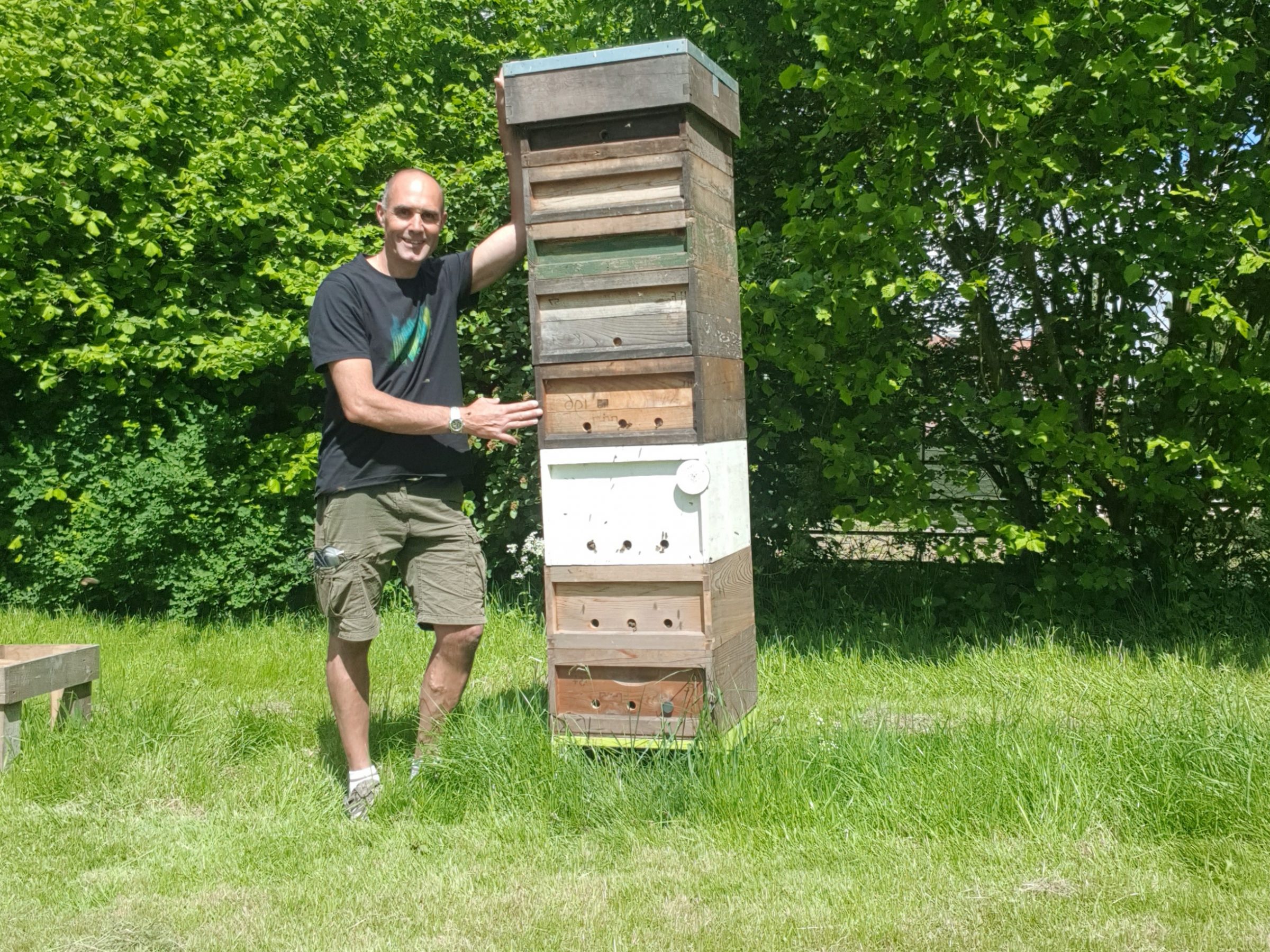 Development of the Portal

In the large citrus farms of Africa there were certain factors that necessitated changes to how we worked with honey bees. We experienced dramatic loss of foragers at different times of the year, and even though the loss of foragers has been severe, we were always left with the queen and 200 to 500 workers.

These small clusters were sustained in a workshop and maintained over a 25W light. As soon as the weather allowed, we ‘added’ these small clusters to larger more viable colonies. It should be added that the losses were always from the large colonies that started foraging earlier. I have observation recordings of water, pollen and nectar foraging flights at 5 degrees Celsius.

Two observations in particular further consolidated the need for an entrance that was utterly unique and would provide a means to help sustain colonies.

Firstly, and possibly most obvious, was the increased (cold) air passage via the large entrance in the hive at a time when the bees are not close to and cannot use propolis to narrow the entrance. This is a particularly concern with Mesh Floors as we have observed that hives with solid floors start brood rearing earlier.

Secondly was the isolation of the queen and cluster and the resultant decrease in laying as the bees are too far from the entrance during the early spring.

The outcome of 15 months of research and trials as a result of living with: changing climatic conditions; agricultural practices; Varroa; and potentially small hive beetle, was the hive in the picture and several others like it.

The ‘invention’ is the result of the incredible walls of propolis honey bees build in the wild over long periods of time, as is the case of the European Honey Bee. Used in Africa, Europe, Australia, North America and Asia, this methodology replicates the natural nest entrance(s) adapted and used by the Honey Bee in the wild.

The critical dimension of an opening has been found to be around 25mm (see Bibliography) and this is what I worked with. The critical adaptation was to follow, one that made unique use of BeeSpace, the X factor of hive construction.